What Do I Say to People Who Say Chicago Is an Awful City? Ask Anne!

Ask Anne Episode 30: What Do I Say to People Who Say Chicago Is an Awful City?

I was at dinner with some dear friends. So Julie lived in Rye, New York. Raised her kids in Rye, New York and then she and her husband moved here to Chicago. She was back over Labor Day seeing all her New York friends and they were razzing her. They were like, "Why are you in Chicago? I keep hearing all this terrible news about Chicago. Chicago is a horrible place to live. You got to come back to suburban New York."

Julie's like, "I love Chicago. I love Chicago." So at dinner she's saying to us, "How do I defend Chicago? I love Chicago and when these people say things to me, what do I say back to defend my city?" So I got inspired last night. I sat down with my computer and I looked up some things. Now I'm not supporting Quicken Loans here, but I thank them for doing this research. They looked into the 15 most expensive cities in the US and what they really cost. They looked at median household income, home price, rent, unemployment, poverty, et cetera. Chicago, not on the list of the top 15 most expensive cities. So there you go. Okay, So that's number one. Not most expensive.

Here's Move.com and they did most expensive to own and to rent. Look who's not on the list? Not Chicago. 15 most dangerous cities in the US, number one is the highest cost of crime. This is by Forbes Magazine, not Chicago. 15 most dangerous cities by murder rate the world, important to know when you travel. Breaks my heart Caracas is there, because of course Lizzy was born in Caracas and we had some great times there. But anyway, thankfully we don't have a US city in the top. But number 14 in the world is St. Louis followed by Baltimore, Detroit, New Orleans. But St. Louis at 60 is half of what Tijuana or Acapulco. You know what I'm saying? But it's not Chicago.

Again, this is world population review most dangerous cities, a different survey. Here are the most dangerous and a lot of them are the same. Detroit, St. Louis, but not Chicago. Okay, most dangerous is Detroit and says even with the population of eight and a half million, New York is not even in the 50 most dangerous. Now, it does say Chicago had the highest number of homicides in '18 with 563, but it still doesn't have enough to put it in the top. A city with a high violent crime rate does not indicate that the entire city is unsafe. Within each city violence is hyper local, violence is usually more common in specific neighborhoods or block by block.

I'm not saying Chicago is safe on every street. I think this paragraph is important and I think that's how you and I have looked at it for a while. US News and World Report, they put out their list. Top colleges, top places to live in the US and I pulled up their most dangerous places, not Chicago again.

Okay, so now let's talk about best. Travel and Leisure did the 15 best cities in the United States. We came in at number seven based on how they ranked us and they included things like restaurants, culture, blah, blah, blah. But we came in ahead of Boston, Austin, Asheville, San Diego and Nashville, which are all cities that people think of as being really cool places to live. We're higher than that by Travel and Leisure. They don't have skin in the game.

Afar Magazine ranking people, places, programming, product prosperity and promotion put us number four of cities in the US to live. Then Condé Nast Traveler Reader Awards time out. They polled 20,000 people and said, what's the best city in the US? Chicago came in number one.

Best big city all the time. People love it.

Best big city. And then they did in the world. Number two in the world behind Edinborough. Number two people. We have a lot to be proud of in this city. So we are not among the most expensive. We are not the most dangerous and we are one of the finest in terms of beauty, things to do, food.

Here are some of the things that we have going for us. So I went away to high school, went away to college, lived overseas. Chicago is my home. I choose Chicago every day and happily to do it. We are a city that people move here because of job changes and they don't go. They stay because they love it. It is a friendly city. It is a smart city. It is as city that welcomes people. In many ways, a great place to live. I'm going to tell you, none of us likes the level of violence we're experiencing now.

It is something that has myriad causes and it's right now apparently beyond our city's leadership to ameliorate. We can't seem to calm it down, but I think in time it will. We go through periods of violence and we'll find our way through. But it's not making me leave. What about you Anne?

No, I feel exactly the same way. I'm glad you took a moment to talk about the crime because I don't want to be tongue in cheek about crime. I don't mean to come off that way at all. Any crime is too much crime. Any shooting, any homicide is too much. I agree with you. I think the city has a long way to go to get it under control. But I am confident that we can move forward and do well. To your point, if I didn't believe that I'd be gone. I love this city. Just love Chicago. It has so much to offer. 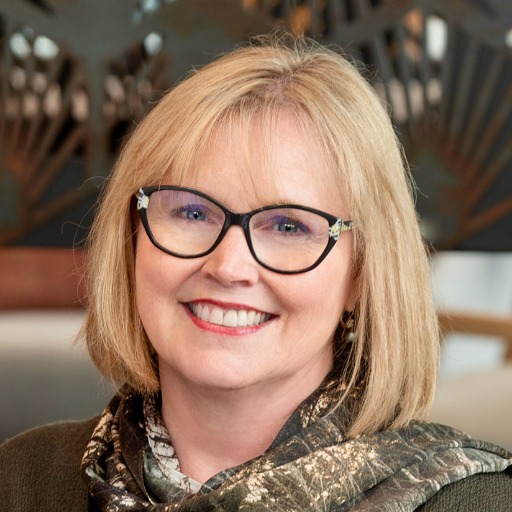 With over 25 years of distinguished real estate experience working in more than 25 Chicago neighborhoods from the South Loop to the Gold Coast, River North, West Town and Andersonville, it’s no wond....

This week on Monday Morning Coffee with Kyle and Anne...Downtown Chicago Housing Statistics & In Defense of Chicago.For everything Chicago, Ask Anne...📩 anne.rossley@bairdwarner.com📞 773

What Do I Say to People Who Say Chicago Is an Awful City? Ask Anne!

Ask Anne Episode 30: What Do I Say to People Who Say Chicago Is an Awful City?I was at dinner with some dear friends. So Julie lived in Rye, New York. Raised her kids in Rye, New York and then she

This week on Monday Morning Coffee with Kyle and Anne...Downtown Chicago Housing Statistics How top real estate agents stay on top of the market to serve you The difference between a Marketing Agent

By registering, you agree to our terms of use and that real estate professionals from Gold Coast and lenders may call/text you about your inquiry, which may involve use of automated means and prerecorded/artificial voices. Message frequency varies. Text HELP for help or STOP to cancel. You don't need to consent as a condition of buying any property, goods or services. Messages/data rates may apply. Additional information about data use is in our privacy policy.